“No matter how many times you do it, it always hurts like hell. And while you run, you always promise yourself never to do it again, and yet this was my twelfth full Ironman. I guess it’s the unexplainable satisfaction when crossing the finish line that makes you forget all the pain, always wanting you to go back for more.”

Training for a triathlon is never easy, but it gets even trickier when you have a family and a demanding job. How do you ensure that you are training as efficiently as possible – so that you can maintain your career and be there for your family? And what motivates a person to keep training when there are so many other demands on their time?

Raynard Picard didn’t have a background in running, cycling or swimming before the move to Sydney in 2005 to earn his MBA, but the Australian fitness culture soon had him running outside during his lunch hour. Looking to add some variety to his workout, Ray spent $200 on an old bike and trained on his own (with a little help from the internet) for three months before finishing last in his age group at his first cycling race in January of 2006. He did his first Half Ironman in November of that year with the ambition of simply finishing the race in under six hours. Ray finished in 5:27, proud to have met his modest goals.

Ray moved to Hong Kong in 2008 to establish his own import/export business, Global Pro Merchant Exchange Limited. His bike joined him a few months later, and he found a coach who could help him train efficiently and allow him to balance his work and family life with Ironman preparation. Now famous in the world of triathlon, Ray is a dedicated semi-pro age grouper who has qualified for the world championship in Kona four times. Today he shares the benefits of working with a coach you trust, the unique way he plans his race schedule, and his approach to nutrition – in daily life and during a race. Listen and learn what motivates Ray to keep racing and how he includes his family in the process!

[6:52] Ray’s striking improvement between his first and second Half Ironman [9:00] How Ray found his first coach [10:21] The difference between training with a coach vs. on your own [12:23] Why Alex changed coaches [15:19] Ray’s take on measuring FTPs rather than speed [17:45] How Ray juggles work, life and training [21:35] The breakdown of Ray’s weekly training schedule [27:38] Why trust is a key factor in the athlete-coach relationship [29:26] How Ray approaches training when feeling rundown or sick [31:02] How Ray plans his race schedule [34:06] The benefits of selecting race locations with family in mind [35:51] Why Ray doesn’t incorporate strength training into his program [38:38] Ray’s approach to nutrition [40:41] Ray’s nutrition routine during a race [47:13] Ray’s motivation to keep racing [51:17] Why Ray would never consider RAAM 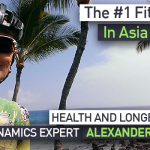 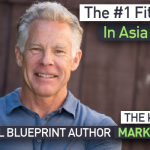