‘Your life after cycling is way longer than your life in cycling.’

When Jan Ullrich was pulled from the Tour de France in 2006 amid one of the biggest doping scandals ever to hit the sport, the German minister of the interior expressed the need for a shift of focus in cycling – away from short-term performance toward long-term health and well-being. Today’s guest knows all too well how difficult it was to compete against the professional cyclists who were using performance enhancing drugs in the mid-1990’s as well as the positive changes that have occurred in the sport since then.

Drawn to cycling by the epic battle between LeMond and Hinault in 1986, Alexander Bauer has raced at the juniors, pro and masters levels, earning numerous State, European and World Championship titles. Inspired to help clean cyclists excel, Alex started designing high-performance cycling clothing in 2005, which led to a venture developing skinsuits and aero gear for Team High Road. Since then, national federations, pro teams and individual riders have called upon Alex’s expertise in aerodynamics and high-performance consulting to take their cyclists to the next level.

Alex is also an expert in SRM PowerMeters. In that capacity, he has supported 30 World, two Olympic and 15 National Champions in earning gold, silver and bronze medals in both road and track cycling. He has served as Performance Optimizer for Team Canyon-SRAM since 2011, and added consulting for Team Sky to his resume last year. Today he speaks to his experience struggling to compete without the benefit of PEDs during his pro career in the 1990’s, the benefits of using PowerMeters to measure effort, and the myriad of factors that impact speed in cycling – including apparel. Listen in as he shares how a shift in mindset has changed professional cycling for the better, with an emphasis on health and longevity over short-term success.

[2:48] The event that inspired Alex to become a cyclist [5:11] Alex’s experience as a pro in the 1990’s [8:17] How Alex got interested in cycling apparel [9:26] How much cycling apparel affects speed [13:18] Additional factors that affect cycling speed [17:06] Alex’s experience as an early adopter of PowerMeters [22:52] How power meters affect decisions around recovery [24:36] The importance placed on long-term health in professional cycling [28:23] The evolution of ‘health’ in cycling [31:19] How professional cycling educates its teams regarding nutrition 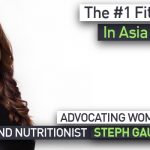 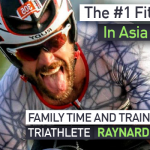