Elle Russ was doing everything ‘right.’ She was eating a low-fat, low-carb diet and doing high-intensity cardio workouts regularly. Unfortunately, her primal brain thought that she was starving and running from danger, and in an effort to protect her, it asked her body to produce less thyroid hormone. Elle gained fifty pounds – despite working out two hours a day – and suffered from 30-plus debilitating symptoms. When the medical community offered no solution, she became her own doctor and resolved two severe bouts of hypothyroidism in ten years with a combination of thyroid hormone replacement therapy and a dedicated Paleo/Primal lifestyle.

Elle is a writer, actor and life coach. An alumna of the prestigious Second City–Chicago comedy theatre, she began her acting and writing career in sketch comedy and improvisation. She has gone on to write sitcoms, documentaries, drama, and non-fiction, including The Paleo Thyroid Solution, the only lifestyle and weight loss plan for maximizing thyroid metabolism in alignment with evolutionary health principles. A leading voice in the Paleo/Primal Health Movement, Elle is also the host of The Primal Blueprint Podcast, a top-20 ranked show in the Health category on iTunes.

Today she joins Ali to discuss the significance of the thyroid, how suboptimal thyroid hormone metabolism affects the body, and how a Paleo/Primal lifestyle will help you regain – and maintain – thyroid health. Listen in to hear about Elle’s difficult journey navigating the medical system and how she finally took control of her health!

[0:52] The significance of the thyroid [4:22] Some consequences of suboptimal thyroid hormones/thyroid hormone metabolism [8:01] The vocabulary of thyroid issues [11:42] Why people on thyroid hormone replacement still need to maintain the Paleo Primal paradigm [16:09] Elle’s story [25:23] The thyroid tests you should be asking for [30:39] How to treat Reverse T3 [32:09] How to find a knowledgeable doctor [37:10] Why Elle chose the title, The Paleo Thyroid Solution

The Paleo Approach by Sarah Ballantyne and Robb Wolf

A Simple Guide to the Paleo Autoimmune Protocol by Eileen Laird

Stop the Thyroid Madness by Janie A. Bowthorpe 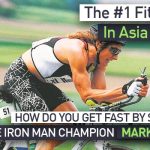 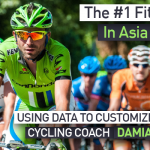