Perseverance, Healing and Training for the Right Reasons with Marg Fedyna- EP040

Most of us start running or cycling or endurance racing simply for the love of doing it. We enjoy being part of the community, and we derive a real joy from being active and challenging ourselves in a competitive setting. But what happens when you hit a wall? When something is off and you seem to lose your battery charge? Would you have the grit to bring yourself back—even if it took years?

53-year-young Marg Fedyna is a self-funded professional cyclist. In addition to road cycling and mountain biking, Marg has competed in Nordic skiing, cyclocross, and adventure racing. She was the Sea2Summit Adventure Race Solo Winner from 1998-2004, the 2005 World 24 Hour Solo Mountain Bike Champion, the 2006 La Ruta Mountain Bike Champion, the 2013-2014 Holtwood Pyrenees Champion, the winner of the 2014 Taiwan KOM Challenge, and the five-time winner of the Lake Louise to Banff Nordic Ski Race.

.But Marg’s most impressive accomplishment came in the years between 2007 and 2013 when she lost her drive. She went from competing at an elite level to barely finishing races. Marg was diagnosed with adrenal drain, but after three months she wasn’t healing—and she was losing hope. Today she shares the long road to recovery, explaining how a plant-based diet and consistent, gentle training eventually brought her back to the top of her game. She speaks to her love of training with other people, how she deals with emotional lows, and the role of perseverance in pushing through the pain. Listen in to understand Marg’s nutrition philosophy and hear her advice about competing for the right reasons. 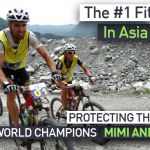 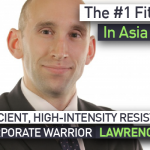