Naysayers often dismiss the Paleo lifestyle with the claim that it is simply a fad. But if you start at the beginning and explore what early humans were eating two million years ago, it becomes clear that the animal fat diet not only sustained our early ancestors but actually led to the development of our species. So if the Paleo movement is a fad, it’s a pretty persistent one! Today’s guest is no stranger to the pushback against the lifestyle, and he’s here to explain how the latest science and technology support his understanding of Paleo as the perfect human diet.

CJ Hunt dropped dead at the age of 24. He was a dirt bike racer training to come back from an injury when he suffered full cardiac arrest while jogging. Paramedics resuscitated CJ, and he spent ten days in the ICU at UCLA Medical Center. Doctors eventually determined that he suffers from a birth defect in which the center of his heart is twice as thick as normal, and his left chamber is smaller. He was told that if he continued to exercise, he would be lucky to live for another two years.

This experience inspired CJ’s curiosity in health and well-being, and ultimately led him to back to school at the age of 53 to earn a degree in Electronic Communications Arts from San Francisco State University so that he could produce the world’s first Paleo documentary, The Perfect Human Diet. The film reached #1 in the categories of Documentary Film and Independent Film on both iTunes USA and iTunes Canada when it was released in 2013. Together with its companion book, the movie introduces a system of optimal nutrition based on the latest science. Today CJ explains how nutrition has become so much like religion and politics, why public policy lags behind the best science, and the roots of the pushback against the Paleo/Primal movement. Listen in to understand the fundamentals of Paleo nutrition and why this two million-year-old ‘fad’ is making a comeback!

The Paleo Solution: The Original Human Diet by Robb Wolf 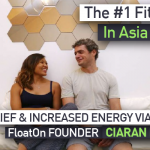 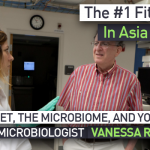 How Diet and the Microbiome Affect Metabolism with Vanessa Ridaura – EP013Podcast