Many endurance athletes use the keto diet to boost their energy and optimize performance. What if there was a supplement that could mimic what the body does in ketosis, allowing keto and non-keto athletes alike to reach their full potential? Ketone ester drinks serve as the fourth food group, helping both elite athletes and weekend warriors perform at their best. But not all ketone drinks are created equal…

Frank Llosa is the Founder and CEO of KetoneAid, a company that produces ketone-based dietary supplements to fuel the brain and improve athletic performance. In addition, Frank is a former Division I track athlete and wildly successful serial entrepreneur with a unique ability to find a way where others have failed. He adheres to a vegan ketogenic diet and incorporates biohacking to stay competitive in all areas of his life.

Today, Frank joins us to explain how he came to partner with Dr. Richard Veech and create KetoneAid. He describes how ketone esters impact athletes who are already on a keto diet versus non-keto athletes and shares cyclist Greg Henderson’s experience with the performance enhancing drink. Frank also addresses the differences between ketone salts and ketone esters, offering insight into what differentiates KetoneAid’s KE4 from the ketone ester made by HVMN—the only other reputable company on the market. Listen in for insight around how athletes might use KE4 to improve performance and enhance recovery. 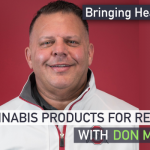 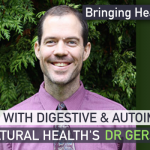