Isn’t that what we’re all working toward? In every aspect of our lives—from sport to our personal and professional lives—maintaining a high level of performance for the long-term is the ultimate goal. So, what can we learn from the simple approach of teams like the Golden State Warriors?

Phil White is an Emmy-nominated writer and frequent contributor to The Inertia, SUP the Mag and Canoe & Kayak. He collaborated with Dr. Fergus Connolly on Game Changer: The Art of Sports Science, a new release that walks us through an athlete-centered model that promotes long-term health and longevity. He is also the co-author of Unplugged, The 17 Hour Fast and the forthcoming Flight Plan with Dr. Kelly Starrett.

Today Phil outlines the holistic approach to team sports laid out in Game Changer. He covers the importance of looking at stats in context and considering the technical, tactical, psychological and physical aspects of competition. Phil discusses the concept of the ‘simple principle,’ explaining how a consistent philosophy leads to sustained excellence over time. Listen in for Phil’s insight on how the ideas in Game Changer can be applied beyond sport to help you achieve at the highest level in all aspects of your life.

The 17 Hour Fast by Frank Merritt and Phil White 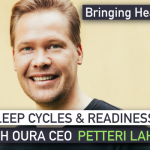 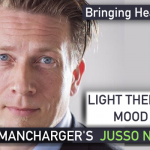 Light Therapy to Improve Energy, Mood and Alertness with Juuso Nissilä of the HumanCharger- EP052Podcast