Though AFL is the number one sport in Australia, few understand what it is really like to play footy. What does a typical week look like? What kind of training is involved? How much is the team involved in what players eat? What is it like to fight back from an injury? Does the team help players prepare for life after football?

Rory Atkins is a star midfielder for the Adelaide Crows, the top club in the AFL. He was the 81st pick in the 2012 draft, but he had yet to play in a game when he injured the posterior cruciate ligament in his right knee in 2015. Rory missed 14 weeks of football, but with the support of the team rehab staff, he fought his way back. After four games in the reserves, he played in his first AFL game.

Rory played every game in 2016, and was one of Adelaide’s most improved performers, averaging 21 disposals at 75% efficiency to secure his place in the Club’s starting side. He scored 11 goals last year, including match-winning majors against Sydney and West Coast. Today he gives the Ali Fitness audience an inside look at Australia’s top sport, explaining how the recruiting process works, how the team staff uses GPS numbers to prevent injury, and how strength coaches design weight training sessions tailored to individual players. Take a peek into a typical week in the life of an Australian rules football club, and learn how the team supports long-term health and prepares players for life after football. 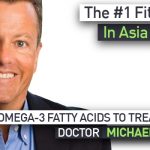 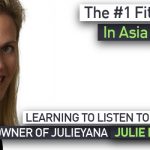 Learning to Listen to Your BodyTalk with Julie Bolduc- EP031Podcast