One might assume elite athletes and Olympians to be among the healthiest people in the world.

Today’s guest can attest to the fact that while the best of the best in the sports world are incredibly fit, you might be surprised to find out what they are eating! The terms ‘health’ and ‘fitness’ are not synonyms, and this Olympian’s experience traveling and training on different continents has taught her that even the elite make poor choices when it comes to nutrition.

28-year-old Saiyidah Aisyah is the first rower from Singapore to qualify for the Olympic Games. She worked as a personal trainer, PE teacher and coach before moving to Sydney to pursue her rowing goals in 2013. She won Singapore’s first individual Gold in rowing at the 23rd SEA Games in Myanmar before qualifying for the Rio Olympics with a win at the 2016 Asia and Oceania Olympic qualification regatta. She is also the first rower to receive the SpexScholarship offered by the Singapore Sports Institute.

Today she speaks with Ali about the sports culture among women in Singapore, how health and fitness are promoted in her home country, and her intent to be a role model for girls there. Listen and learn her take on the relationship between health and fitness and how her diet has changed since she moved to Sydney and began working with a nutritionist.

[0:35] How Aisyah got involved in athletics [1:22] The ‘sport culture’ among women in Singapore [2:41] The benefits Aisyah has enjoyed from being an elite athlete [3:15] The understanding of health and fitness among the general population in Singapore [4:09] How health and fitness are promoted in Singapore [5:43] How Aisyah’s diet has changed [7:26] Aisyah’s experience with a nutritionist [10:16] Why a high level of fitness doesn’t necessarily mean the individual is healthy [13:06] How to maintain a healthy diet when traveling [15:31] Aisyah’s intention to give back to young women of Singapore [16:48] Aisyah’s future 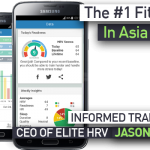 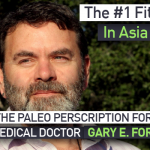