From Cancering to Healing with Eric Remensperger- EP067

Eric Remensperger thought he was immune from chronic health problems. He had been living what he thought was a healthy lifestyle for well over a decade when he was diagnosed with stage-4 prostate cancer. Had his efforts at health and wellness been a waste of time?

After the shock wore off, Eric made the decision to fight. He would do whatever it took to heal himself. Eric read everything he could find in the realm of cancer treatment, the source of cancer, traditional medicine, and functional medicine—and a plan began to take shape. He would put together a team of flexible practitioners and explore techniques like ozone exposure, adrogen deprivation, and intermittent fasting, choosing only those options that had some evidence of effectiveness AND addressed the underlying cause of cancer.

Today, Eric shares the story of his health journey, explaining his shift from ‘the farthest thing from healthy’ to gym rat and holistic health devotee to unsuspecting cancer patient. He walks us through the two theories around the cause of cancer, arguing in favor of the alternative view that the disease is caused by a defect in cellular response. Eric describes his experience of receiving a prostate cancer diagnosis and the subsequent steps he took to recruit a team of practitioners and jumpstart the healing process. Listen in for Eric’s insight on making a lifestyle adjustment in order to fight cancer and learn how he employed detoxification, diet and oxidative therapies to reach remission in just seven months.

Cancer as a Metabolic Disease: On the Origin, Management, and Prevention of Cancer 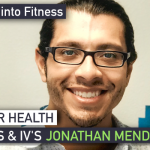 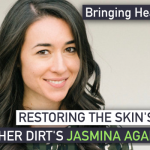