Might as well face it, you’re addicted to carbs.

The conventional approach to endurance training promotes ‘chronic cardio’ and carbohydrate dependency. But there is a way to reset your metabolic clock with the keto diet, and today’s guest wrote the book on it – well, he co-authored it anyway!

Brad Kearns has been a well-known coach, speaker and author in the health and fitness realm for 20-plus years. During his nine-year career as a triathlete, he was one of the world’s top ranked professionals, amassing 30 wins worldwide on the pro circuit, and he still holds the Hawaii Ironman 18-24 age division American record at 8:57.

Brad has partnered with his former coach and fellow health and fitness authority Mark Sisson to lead the Primal Blueprint, a comprehensive ancestral health movement. Together they co-authored the 2016 release Primal Endurance, a guidebook that teaches athletes how to employ a stress-balanced, fat-adapted Primal approach to training. The duo has another book coming out this fall, The Keto Reset Diet. Today Brad joins Ali to discuss the basics of MAF training and his take on the relationship between peak performance and long-term health. Listen and learn how to leverage the keto diet to become a fat-burning machine and get free from carbohydrate dependency!

[1:17] Brad’s partnership with Mark Sisson [3:23] How Brad’s training evolved during his professional career [5:09] The nuts and bolts of MAF training [10:12] How taking ego out of the equation was the gateway to success for Brad [15:17] How to track your improvement with MAF training [21:38] The fundamentals of keto [24:39] Brad’s experience with going keto [31:50] The case for keto as a lifestyle [35:29] Who should not do keto [38:35] Brad’s health now compared to his years as a professional athlete [41:48] Why fit endurance athletes develop heart issues [44:56] Brad’s take on the relationship between peak performance and health

The Art and Science of Low Carbohydrate Living by Stephen D. Phinney and Jeff S. Volek

The Art and Science of Low Carbohydrate Performance by Jeff S. Volek and Stephen D. Phinney 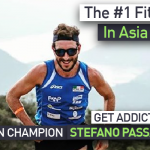 Get Addicted to Training with Marathoner and Triathlete Stefano Passarello – EP004Podcast 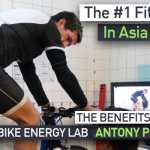