As endurance athletes, we are well aware of the benefits of resistance training but carving out the time can be difficult—and choosing the right weight is often a guessing game. What if there was a way to train in only 8 minutes once a week, using technology that adapts to provide the perfect amount of resistance?

Mike Pullano is the Product and Fulfillment Manager at ARX Fit. ARX is the acronym for ‘adaptive resistance exercise,’ and the Austin-based company builds machines and software that facilitate motorized resistance capable of matching the force of any user for the perfect rep every time. ARX Fit is on a mission to shorten the amount of time it takes to work out and offer the safest and most effective form of resistance training on the market.

Today, Mike shares his personal journey to discovering ARX, explaining how an injury to his Achilles tendon ignited an interest in biomechanics and physiology. He walks us through his initial resistance training protocol, discussing how his routine and performance changed after he transitioned to ARX. Mike describes how the ARX machines work, what differentiates them from the competition, and who can benefit from the resistance training ARX provides. He offers insight around why ARX is billed as the safest way of weight training and how to adapt an ARX workout based on your personal goals. Listen in for Mike’s take on choosing equipment for a studio and learn where to find ARX machines in your area!

Body by Science: A Research Based Program for Strength Training, Body Building, and Complete Fitness in 12 Minutes a Week by John R. Little and Doug McGuff 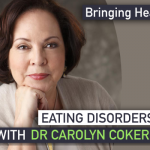 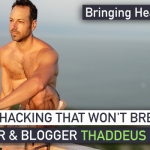 Biohacking That Won’t Break the Bank with Thaddeus Owen – EP076Podcast